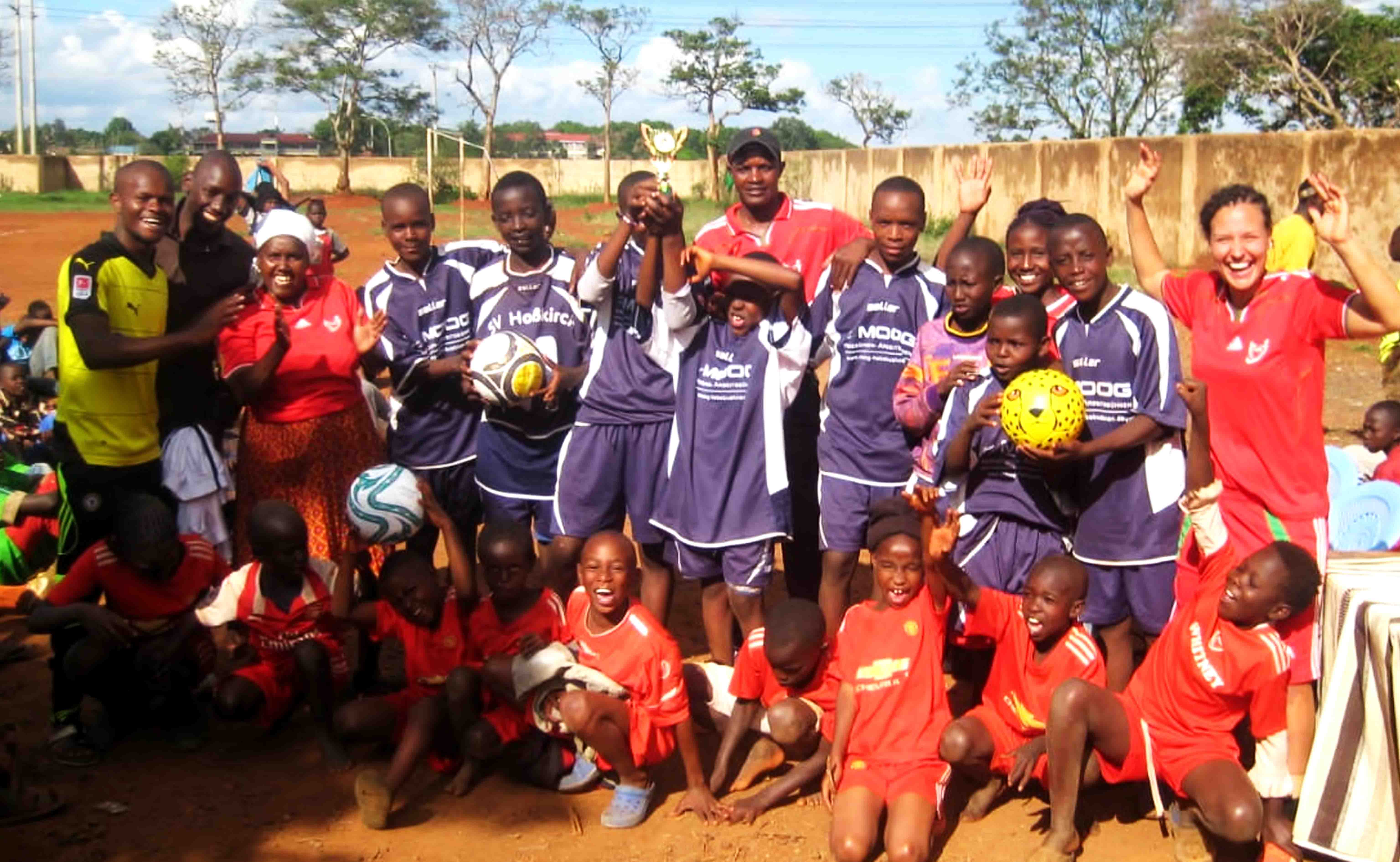 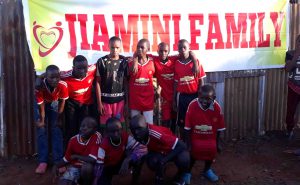 The annual soccer tournament at the end of December is one of the highlights of the holiday program. This year, for the third time, soccer teams met on the soccer field in the slum of Kiandutut. A total of four teams competed, each of which was divided into two groups (A and B).

Jiamini Team B and Angaza Team A faced each other in the final. 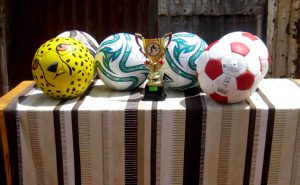 The Jiamini soccer team won 2-0 for the first time in three years.

In addition, the best player of the tournament received (a girl from the Young Angels team) a new pair of soccer shoes.

All players were provided with food and drink during the tournament. This not only helped the players to achieve top performance, but also supported the small restaurants in the Kiandutu slum.

On the last day, to the delight of the children, the employees and trainers compete against each other.

Overall, the tournament, with around 200 visitors, was a great success.